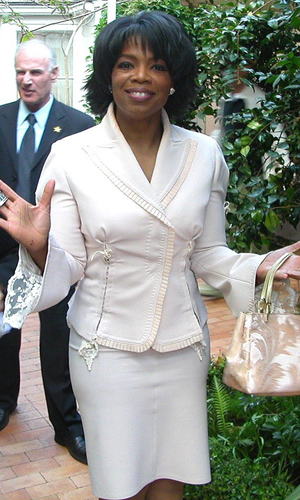 Somebody said she said something about don’t let them give your kids Ritalin.
(photo copyright 2012 by Alan Light)

When I worked with disruptive children in North Philadelphia, many mothers were adamant about medication for AD/HD. “I want him to get over this on his own,” they’d say. “I need him to grow up right.”   I’d explain AD/HD is a neurological disorder. They’d cite the most influential woman in the world:  “Oprah said that’s a bad idea.” At least, they thought their neighbor said they remembered the talk-show host said something about it. They were determined their children would not grow up to be one of the local thugs or addicts. They were sure it would happen if they relied on pills.

A new study in the New England Journal of Medicine suggests they may have had it backwards. Paul Lichtenstein, Ph.D., Linda Halldner, M.D., Ph.D., et al at the Karolinska Institutet in Stockholm, Sweden, studied 25,000 people diagnosed with AD/HD from 2005 to 2009. They found the group that took meds committed fewer crimes than the group that didn’t. They found that individuals broke the law less when they took medication than when they didn’t.  Medication alone reduced criminal acts by 32%.

AD/HD is estimated to be two to sixteen times more common in prisoners than the general population. The famed Milwaukee Study (ongoing since 1977!) at The Medical College of Wisconsin has shown those with AD/HD are three times as likely to get into fights, destroy property or break into other’s homes as those without. Lichtenstein, Halldner, et al’s finding fit well with earlier studies which found those who are properly medicated for AD/HD are three to four times less likely to become addicted than those without.

In North Philadelphia, we suspected as much.  If we’d had the numbers to substantiate our hunches, it wouldn’t have meant much to our clients’ mothers. They cared about character;  they didn’t see that AD/HD meds help children persevere long enough to develop it. Over three years of struggling to get parents and teachers to implement behavior-mod plans, I became twitchily resentful towards Oprah.  If the topic was the most effective tool for treating AD/HD, her name always seemed to come up.

My souvenir of my first counseling job: an irrational annoyance towards a woman I’ve never met, over something she almost certainly never said.

One response to “Ritalin Reduces the Crime Rate”