The Washington Post reported this week on new studies addressing Post-Traumatic Stress Disorder with mindfulness. Research has already found regular practice may help those with PTSD recover faster. New findings suggest it may do even more. 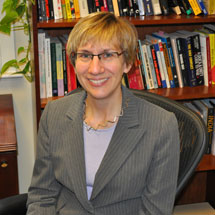 Elizabeth A. Stanley, Ph.D is professor of security studies at Georgetown University. She’s not a psychologist, but she ‘s among those who’ve found regular mindfulness practice significantly eased their post-traumatic symptoms.  Per the Post’s article, Stanley’s new study tracked 320 marines through simulated combat training. The results showed those schooled in mindfulness weren’t just calmer during the exercises, they also responded faster to new threats.

This is crucial, says Tom Minor, a University of California at San Diego neuroscientist who was one of the researchers. “That was one thing we worried about: ‘Are we going to take a bunch of Marines and turn them into chanting monks who couldn’t generate a stress response?’ But they didn’t get too relaxed.”

“Too relaxed,” is a fear for many traumatized people. With a constant perception of danger, it can be unnerving to think one might be lackadaisical about threats. Clinical evidence that mindfulness reduces response time can be a major selling point to the hypervigilant. 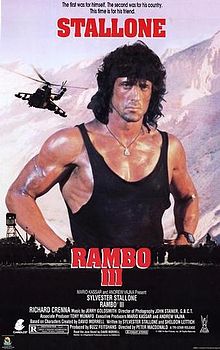 Opens with the titular Vietnam vet practicing mindfulness in a Buddhist monastery. Discuss.

In the “Baba Rum Raisin” days of the late 1960s and early 1970s, meditation was peddled as a cure for everything. Skepticism bordered on cynicism. This article cites peer-reviewed, clinically-validated studies such as  Thomas F. Minor‘s research, which indicates meditation boosts the hormones that repair stress-related damage and decreases the chemicals that cause it. It also mentions Martin M. Paulus’ work that shows mindfulness boosts activity in areas of the brain devoted to awareness and control of emotions.  The sample sizes are too small and the results need to be reproduced a few more times,  but the findings on mindfulness and PTSD have started to verge on Maharishi-esque territory.

Of all the goodies in the Post article, the most tantalizing (and least empirically-supported) is the suggestion that mindfulness practice may reduce the risk of developing post-traumatic symptoms:

(Marine medic Del) Cochran says he believes meditation helped him stay much calmer during his second tour in Iraq. “The first tour, I was freaked out all the time,” he says. “There was so much static. With meditation, you’re much more in tune — what is a target, what is not a target. You are much more focused on what you are doing.”

Meta-analyses of studies of traumatized children shows pre-existing anxiety may increase one’s vulnerability to PTSD. Who wants to fund a study comparing PTSD rates among veterans from countries with a cultural tradition of mindfulness practice and those without?