Revolution: NIMH turns away from the DSM 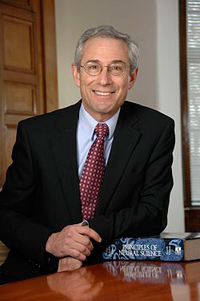 Two weeks ago, National Institute of Mental Health director Thomas R. Insel, MD announced a revolution. The world’s largest mental-health research organization will no longer fund studies based solely on Diagnostic & Statistical Manual (DSM) diagnoses.  If, “NIMH will be re-orienting its research away from DSM categories,” sounds less subversive than, “Give me liberty or give me death,” pay attention.  The whole system of diagnosis may be upended.

The Golden Rule: Those with the gold make the rules.

When insurers began to require a DSM diagnosis,  the American Psychiatric Association (APA) cornered the market in mental health nosology. No other U.S. group has had the money, staff and interest to create a competing system.  Ambitious alternatives such as the Psychodynamic Diagnostic Manual settled for expanding on the existing design. The APA, which has earned an estimated 100 million dollars from the DSM, flaunts their monopoly in  DSM-5’s $133 cover price. By comparison, Thomas Pynchon’s “Against the Day”  is 112 pages longer,  1/10th the cost and exponentially better-written.

Forbes’s Matthew Herper believes DSM’s diagnostic weaknesses have led to failed drug trials, and so is one reason for Big Pharma’s shift from developing new psychiatric medications.  The NIMH’s 2013 budget totals nearly 1.5 billion dollars. Insel’s ready to spend some of that towards more valid diagnoses.

The last time the DSM was reformed, rather than revised, Robert Spitzer was chair and reliability was weak. Psychiatrists could only agree on a diagnosis  20% to 40% of the time.  Spitzer’s goal was for different assessors to reach the same diagnosis from the same facts as consistently as possible. He chaired contentious meetings of obstinate psychiatrists, and condensed the best opinions down to abstraction-free criteria of what a clinician could see and a client could report.  Reliability improved – some.

One offers valid insights into the human condition.
The other is required by insurance companies.

Validity improved less. As the book defines Antisocial Personality Disorder, only three of seven criteria must be met for a diagnosis. It’s hard to argue this diagnosis describes an actual mental health disorder when it could fit two bad actors with nothing in common.   As Maria Konnikova points out, Spitzer’s subjective-observation-and report-only approach meant the APA bet everything on the least empirical source of data available.   While other fields of medicine have developed biological, physiological and genetic studies of physical diseases, the APA hasn’t kept up. Noted DSM critic Gary Greenberg tells a disheartening tale of how the DSM-5 committee rejected a proposed reinstatement of melancholia, in part because there was biochemical evidence it should be defined separately from depression.

RDoC: a system to break free of systems.

Also subversive and clever; an Omaha, NE punk band have named themselves “DSM-5”.

To NIMH and many others,  the validity issue makes controversies over DSM-5’s changes as superficial and irrelevant as complaints about Bernie Madoff’s office décor.  In 2011, Insel announced the Research Domain Criteria (RDoC) project. This new approach defines disorders on multiple levels of data. Constructs such as negative affect, positive affect, cognitive processing and social-process systems would be tracked across dimensions of behavior, self-report, cells, genes and physiology.  Clients’ symptoms would be placed along a range from normal to abnormal, instead of being forced into discrete categories. If new influences on emotions and behavior are discovered, new layers of information can be incorporated into the model. Research projects involving DSM diagnoses will still be accepted, but researchers will be expected to think in broader terms than subjective assessment of symptom clusters.

Insel denies that RDoC is meant to replace the DSM-5. The NIMH is already developing “walk-across” list to align DSM and RDoC diagnoses. Given that RDoC 1.0 is probably years from public release, even critics as sharp-tongued as Allen Frances concur that the DSM is the best system of diagnosis clinicians have now.  None of that changes the existential threat to the APA’s subjective-observation-only model. If RDoC rebuilds diagnosis’ operating system and obtains  more-valid results, will insurers’ money stay with the DSM?